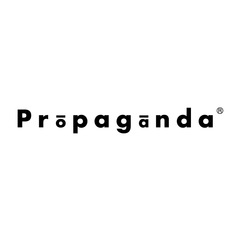 Propaganda was established in 1994 by a group of Thai advertising experts who made commercials for major consumer products. They recognized that something was missing from everyday products―the innate sense of Thai playfulness. The spirit of fun and the sense of humor can be found in every aspect of Thai culture. Propaganda tries to capture these spirits around the working environment into products. Numerous world-class awards have been acquired such as Good Design 2000, Good Design 2001, Form 2001, Good Design 2002, G-Mark 2002, Red Dot Award 2002, Good Design 2005, Good Design 2006 and Good Design 2007.